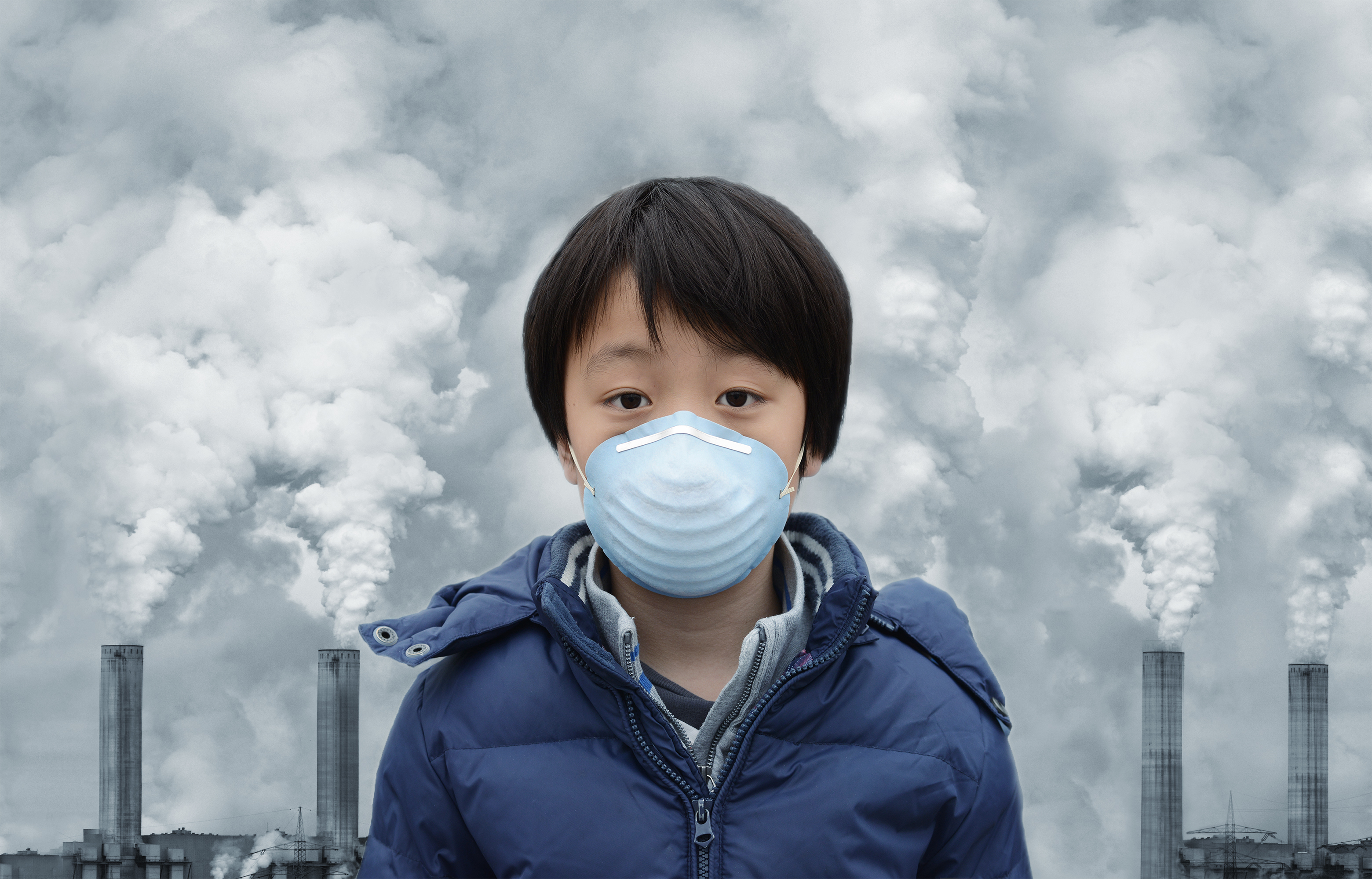 Now more than ever, with hurricanes gaining strength from warming seas, wildfires increasing throughout the West, public health funding steadily decreasing, and healthcare for millions hanging in the balance, the need to protect the health of the most vulnerable is paramount. Children are America’s most valuable resource; they represent the future of the nation. Yet, throughout the past few decades they have been facing increasing rates of chronic illness and impaired development, including:

Decidedly few health and developmental problems are attributed to genetics alone. Mounting research underscores the importance of clean air, clean water, safe food and products, and healthy places for a child’s best start in life. In fact, in 2016 the World Health Organization (WHO) estimated that nearly one in four total global deaths are caused by environmental risk factors, such as air, water and soil pollution, chemical exposures, climate change and ultraviolet radiation. Yet the nation’s current legal, policy and physical infrastructures are woefully inadequate to protect children’s environmental health, and the need for robust and united advocacy for governmental regulations is profound.

As many as 10 million homes in the United States get their drinking water from lead service lines. In addition, approximately 40 percent of U.S. housing contains some leaded paint, of which approximately 22 percent have one or more lead-based paint hazards. The Centers for Disease Control and Prevention estimates that 500,000 children in the United States have elevated levels of lead in their blood. Studies indicate that this is a very conservative estimate of the true lead poisoning problem among America’s most vulnerable youth.

No safe level of lead exists. Its toxicity has been recognized and recorded since 2000 B.C., writes the late Herbert L. Needleman, MD, former University of Pittsburgh neurodevelopmental researcher credited with securing significant environmental health protections in the 20th century. According to Needleman, for more than 40 years toxicity of exposures even at low levels, known as “silent doses,” has been known to produce deficits in psychological function, which include intelligence, perception, attention, language function and perhaps social adjustment. Therefore, it is imperative to eliminate these remaining exposures so every child is protected from lead’s neurotoxic effects.

Agriculture’s dependence on ever-increasing levels of toxic pesticides puts children at risk of adverse reproductive and developmental effects, particularly for those living in rural areas and the children of agricultural workers. Yet glyphosate, an herbicide and the active ingredient in Monsanto’s Roundup weed killer, remains the most-used agricultural herbicide. Although WHO’s International Agency for Research on Cancer defined glyphosate as “probably carcinogenic” in a controversial 2015 ruling, to date only California has added it to its list of chemicals known to cause cancer, effective July 7, 2017.

The U.S. Environmental Protection Agency (EPA) recently reversed its course toward a ban on the organophosphate (OP) insecticide chlorpyrifos, despite mounting evidence of these chemicals’ toxicity to children. For example, prenatal OP exposures are associated with deficits in children’s cognitive skills, including IQ, and also with disorders, such as ADHD and pervasive developmental disorders within the autism spectrum. Additionally, a review of the epidemiological evidence for long-term effects of human exposure to OP used as pesticides by the Institute of Medicine (US) Committee on Health Effects Associated with Exposures During the Gulf War, published in 2000 by National Academies Press, conclude:

“. . . the extensive epidemiological evidence on the association of OP pesticide exposure and adverse health effects is consistent with and supports the more limited evidence on human exposure to sarin . . . There is consistent evidence that OP pesticide exposures sufficient to produce acute symptoms requiring medical care or reporting are associated with longer-term (1–10 years) increases in reports of neuropsychiatric symptoms and poorer performance on standardized neuropsychological tests. Workers exposed to OP pesticides at lower levels that did not produce acute effects also consistently reported higher rates of symptoms than controls . . .”

The problem of toxic exposures is not solely place-based nor due solely to crumbling infrastructure and poorly maintained spaces. Less than 1 percent of the more than 85,000 industrial chemicals in production in the United States have been adequately tested for toxicity. Even fewer have been tested for other effects like endocrine disruption, which is increasingly linked with adverse health and developmental outcomes. Major U.S. retailers regularly sell toys, children’s products, and cleaning and personal care products with known chemicals of concern. A much needed, bi-partisan chemical policy reform bill, Frank R. Lautenberg Chemical Safety for the 21st Century Act, was signed into law in 2016. However, without a strong and supportive EPA, it will not live up to its promise.

A BLUEPRINT FOR ACTION

An urgent need exists to put children and their families at the center of U.S. public health and environmental health-related actions. The Children’s Environmental Health Network (CEHN) serves as a vital voice for all children in this field. It leverages its stature appropriately across multiple sectors while remaining committed to a foundation in strong science. However, CEHN recognizes that for all children to have the opportunity to reach their full potential, the organization cannot work alone.

To address this need, CEHN, along with leading organizations, individuals and partners, led a process to develop a vision statement and A Blueprint for Protecting Children’s Environmental Health: an Urgent Call to Action (“Blueprint”). The Blueprint is intended to be a high-level resource to assist community leaders and the entire field of children’s health and protection. It also serves as a framework for moving forward. The Blueprint outlines five key recommendations to help guide efforts:

Recognizing the Blueprint to be an overarching framework with recommendations not feasible to tackle at one time, CEHN is focusing on several priority areas. The first recommendation (“mobilize society”) is key to building political will and something CEHN is uniquely positioned to take the lead on. Timing is ideal and momentum is gaining to mobilize a strong network of champions for children’s environmental health. “Mobilizing” is a challenging process and requires the following:  dedicated resources and commitment, significant organizing, translation of scientific knowledge into understandable and accessible information (for all stakeholders), a unified and collective voice, and effective messengers.

One key action spearheaded by CEHN to create momentum is establishment of Children’s Environmental Health (CEH) Day, inaugurated Oct. 13, 2016. Each year CEH Day will be held on the 2nd Thursday of every October, which is Children’s Health Month. This year it falls on Oct. 12, 2017.

CEH Day is intended to be an anchoring event for children’s environmental health. More specifically, it is intended to accomplish the following:  raise awareness, celebrate progress and successes, highlight effective priority actions identified in the Blueprint and spearheaded by partners, strengthen the children’s environmental health community and help build a robust network. Key partners participated in the inaugural festivities in Washington, D.C., with wide support across agencies and organizations. CEHN has developed and maintains a web page for CEH Day on its website that encourages visitors to “endorse” this important day. Individuals who do so join a growing network of advocates sending a strong message to business leaders and policy makers that children’s environmental health needs to be at the forefront of all decision-making.

Other action items are available for those interested in doing more. CEHN has developed the following to support this vital advocacy:  electronic and downloadable postcards to send messages to elected officials about children’s environmental health issues that concern them, a helpful toolkit to quickly and easily request city and state CEH Day proclamations, a portal to share their own stories to help messages resonate through personal narratives, and a one hour Twitter chat #CEHchat to raise awareness, to discuss challenges and how to meet them, and to share helpful resources, projects and initiatives. Please join the CEH discussion on Twitter—RSVP at http://vite.io/CEHchat.

CEHN also encourages individuals and organizations throughout the country to consider other ways to participate in CEH Day. This could include participating in a community service project like stream clean-up; organizing an educational forum, workshop or webinar; arranging a meeting focused on children’s environmental health with a school board, city/county council or state legislator or encouraging development of a community child health protective standard.

CEHN plans to expand and build upon CEH Day each year, increasing the number and reach of those engaged in and knowledgeable about children’s environmental health issues. This dedicated day also will serve as a progress check on collective efforts and as a means to keep momentum going, eventually creating a children’s environmental health movement. The latter will coalesce around a robust, multi-partner campaign featuring monthly topical issues to be launched early 2018. The world faces many challenges due to increasing harmful environmental exposures and a changing climate. In addition, environmental health is inextricably tied to poverty and environmental justice. Stakeholders must work together to effect beneficial change across existing systems. Effective collaboration across all child wellbeing issues is necessary to take advantage of valuable opportunities to potentiate vital collective efforts while assuring no one organization falls short of its respective targets.

Working together, global society can reduce the burden of disease and disability attributable to environmental factors. Together, it can safeguard the health of its children and future generations. 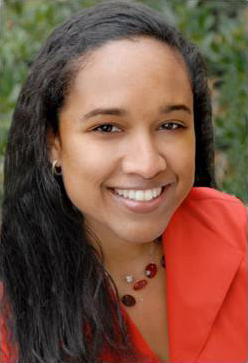 A New Vision of Health, Part 2 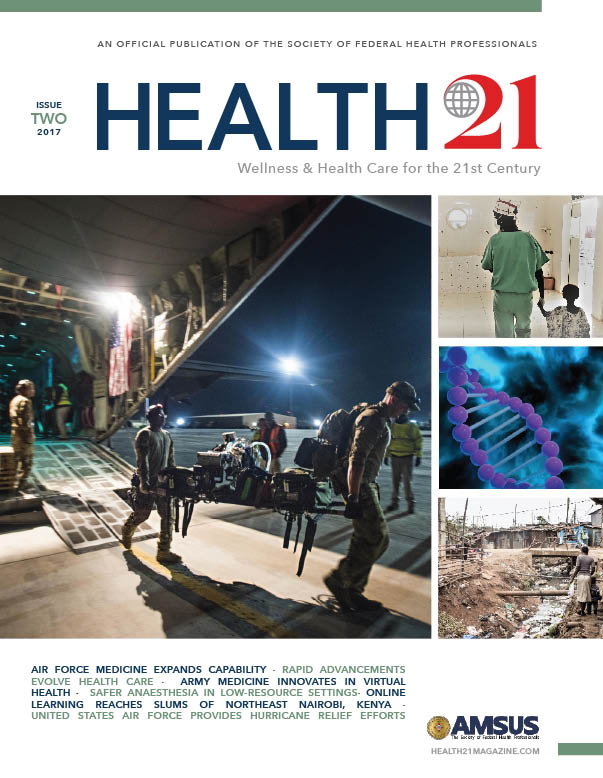 Warning: count(): Parameter must be an array or an object that implements Countable in /nfs/c08/h03/mnt/172276/domains/health21magazine.com/html/wp-content/plugins/custom-twitter-feeds/inc/CtfFeed.php on line 944

When veterans who are terminally ill face such suffering that they determine their best option is to achieve death via aid in dying, a VA reg denies them a peaceful death. Read more in @Health21news, and @AMSUS
initiative.

Sex negation in patriarchies is the point of origin for authoritarian ideologies & their breaking point. Rosa Ann Seidler of @UniLeidenNews discusses the relationship between sexual repression, patriarchy & fascist Ideologies in @Health21news @amsus.